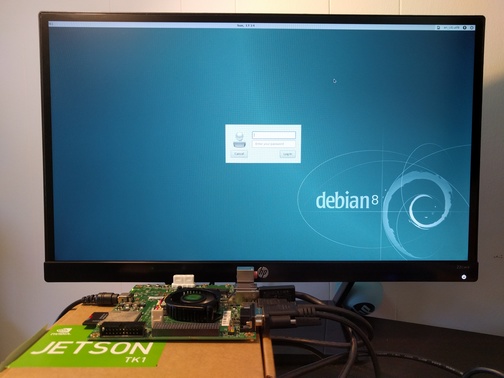 I became interested in running Debian on NVIDIA's Tegra platform recently. NVIDIA is doing a great job getting support for Tegra upstream (u-boot, kernel, X.org and other projects). As part of ensuring good Debian support for Tegra, I wanted to install Debian on a Jetson TK1, a development board from NVIDIA based on the Tegra K1 chip (Tegra 124), a 32-bit ARM chip.

Ian Campbell enabled u-boot and Linux kernel support and added support in the installer for this device about a year ago. I updated some kernel options since there has been a lot of progress upstream in the meantime, performed a lot of tests and documented the installation process on the Debian wiki. Wookey made substantial improvements to the wiki as well.

If you're interested in a good 32-bit ARM development platform, give Debian on the Jetson TK1 a try.